This blog is hosted on Ideas on Europe

Derrida’s account was what a person feels when he is trying to write, being circumscribed and naked to public, the existential crisis of should I never write or write it down and be forever humiliated. But of course it was his ideas on circumcision, signature and survival as well.
Mine too is a multi-layered account of circumfession; my writing a non English speaker’s writing who thinks, writes and mostly speaks in English however flawed that may be. And also confessions of my borderline heretic thoughts when I was having my second son circumscribed and  later when he healed.
But why should that be on a blog dedicated to Europe because I blame these thoughts to my years spent studying European Oeuvre and Jacques Derrida.

Note beforehand: I wanted to be happy that there was a Azan in Hagia Sophia ( the 6th century church of Byzantium empire converted into a mosque in 1453 during Ottoman rule then was kept as a museum for so many years. This year turned into a mosque again, I wanted to be  jubilant like so many around me; but all I could think was that it was best if Hagia Sophia remained a museum.

And should I or should not blame it on my degree of European Studies?

Derrida must have been circumcised, to be born a Sephardic Jew in Algeria –no questions asked? But were his children?
Because mine are..
It is not the first time,  this is my second son. I went through the procedure three and a half years ago as well with my eldest son . I went and got everything done with a rock solid conscience.
But this time I questioned my husband if that was necessary. And his reply was you were pretty enthusiastic about your first son, why now?

I remember when I gave my final defense of M. Phil. thesis, I gave a practice one to my father a night before, like this girl has been doing since grade I.
And listening to it he only reply was that, “You sound like a secular person.”
Blame me for reading Derrida and only Derrida for such a long time, or blame yourself (Abu) for letting me read Derrida for such long time or blame Derrida alone.
Those were my thoughts.

But was Derrida secular, or is he up there giving recitation of Vayicra and Breshiet.
I need to know, maybe I need to unread him extensively for next eight years
because I have to relearn my AlRahman.

Getting back to my boys’ circumcision, my elder one had a ring that came off in three days of several doses of panadol, three sleepless night, incessantly crying. But since he was rocking the whole house on the top of his lungs from day one; I was okay with his circumcision.

But my second child, he was calm from day one, worried me only for milk and spoiled diapers and would be asleep as soon as his needs will be met. Post circumcision he cried incessantly and he only cried then. The doses of augmentine will calm him but as soon the effect tapers off, his pain will come back (cue: incessant crying). To put salt on my wounds his procedure wasn’t with a ring but with a bandage and cotton that was stuck to his tummy with a tape. The procedure was done like a Naye (desi barber) – so much  for  a Dr. Brigadier in a posh hospital in a posh gated society. The local public hospital I went for my first born did a better procedure.

And did I  mention the lockdown and real impact of pandemic in the month of his circumcision (Mar ’20) in Pakistan. Oh the heightened heresy!

You must be thinking that you couldn’t see a more phallogocentric account of existential crisis- a detailed circumfession, then this. 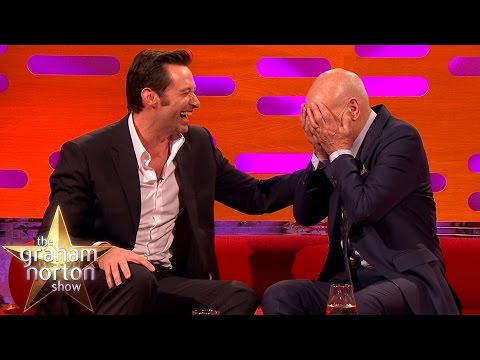 The European identity is generally perceived on the notion that it is a pure race. But we are reminded that even Europa –according to the Greek myth –was a Phoenician-Asian woman. Furthermore, the Europeans attach their lineage to the Greece and Greek Philosophers of 400 BC. But those Greeks never considered themselves Europeans and distinguished […]

Center – Security Derrida emphasized that the main ‘structurality of structure’ is shadowed by giving it a perfect center, and it has been deemed mandatory that everything work along that center. The center enables a closed totality, and it will be unimaginable if anyone brings out a notion of a structure without a center. A […]

‘Other’ is an important concept in Derrida’s metaphysics which makes him unique from other philosophers. Mustapha Chérif, an Algerian former diplomat who shared only the love for Algeria with Jacques Derrida, talked highly of Jacques Derrida. He propagated that Derrida is the only scholar who has assimilated the others, other than secular West or Christian […]

“Islam or a certain kind of Islam,” might show resistance to the idea of democracy. While surveying the texts of Islamic political thought specifically of thinkers like Al Farabi and Ibn Ruchd, Derrida found a certain pattern. He saw that although these two thinkers incorporated the Greek philosophy of Philosopher King from Plato’s Republic and […]

In the backdrop of fall of Berlin wall, Francis Fukuyama foresaw the culmination of history in the heart of Europe. He averred that the times have reached their epitome and that was the end of man’s ideological evolution. Giving his view on the development of different states around the world he said that there would […]

The tenets of Derrida’s deconstruction has been considered as a viable ground for feminism by majority writers like Nancy Holland, Gayatri Spivak etc. but there has been not so feminist instances in Derrida and one is the case when he talks about Europe. The binaries created in Western Metaphysics like male/female, present/absent, self/other also has […]

Europe has been engulfed politically and intellectually with one question –has the idea of Europe failed? One unified Idea of Europe was a consolation post WWII world and an achievement of “democratic world” post the fall of Berlin wall. But is it so… the Brexit conundrum shows there are more countries to follow Britain  in […]

This work is licensed under a Creative Commons Attribution-NonCommercial-ShareAlike 4.0 International License

UACES and Ideas on Europe do not take responsibility for opinions expressed in articles on blogs hosted on Ideas on Europe. All opinions are those of the contributing authors.